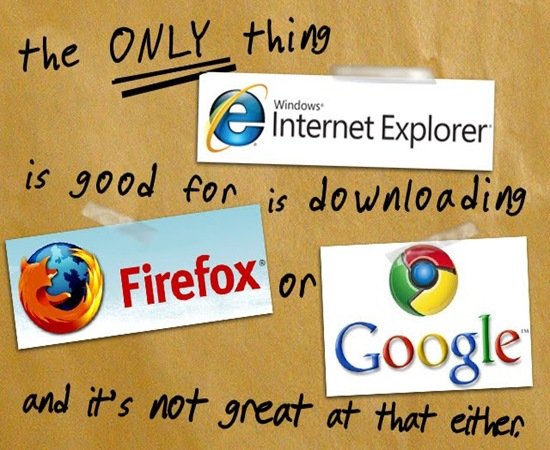 Web developers enthuse about Google’s Chrome. Sad! Like petrol heads asking about ‘torque’. Who cares, as long as the car goes.

What you may not be aware of, is Microsoft’s monopoly in the early 21st century, with their awful web browsers led to an exodus of web developers leaving the industry. 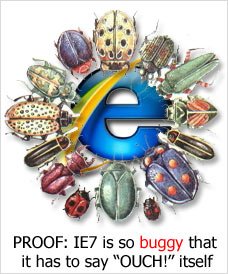 Programmers had to write endless lines of code fixes for the simplest of tasks. Client refused to pay for the increased development time. So, other than for big corporates, it was impossible to earn a living from web design.

By 2003, I’d had my fill of MS bugs. I hated the inaccuracy of code generators like FrontPage or Dreamweaver. I stopped building sites and moved to Adobe’s domain of print. I didn’t return to web design until 2008.

In the 1990’s Netscape Navigator was the first commercial browser and Internet Explorer’s only major competitor. Whilst free to individuals, it was paid for by businesses. Microsoft then bundled Internet Explorer in for free with their operating system. Netscape lost the first browser war.

Rising from the ashes, Netscape Navigator came back as Mozilla Firefox. To compete his time around, Firefox had to be free like IE. So Mozilla became a non-profit making organisation, but they still needed to generate revenue from somewhere to cover their costs.

That’s where Google stepped in. They offered to pay Firefox every time someone used their search engine via a Firefox browser. Although Google soon launched their own very successful browser Chrome, they still support Firefox to this day. In 2008, Mozilla Firefox took 15% of the browser market from Internet Explorer. Unlike Microsoft, Mozilla’s keen to set standards and embrace innovations, pioneered by minority browser ‘Opera’ over 10 years earlier(see grey box). 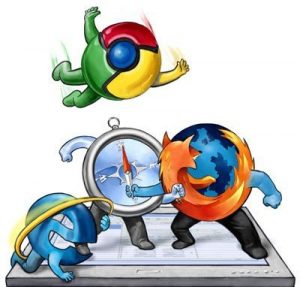 Great news for for Firefox, Chrome and Safari users. In a radical move of cooperation Mozilla, Google and Apple got together to agree web standards once and for all.

Microsoft were invited to the party, however as they couldn’t see any money in it, they failed to show up.

This move was a game changer in web design. For the first time these three browsers (who currently share 55% of the UK market) agreed a standard and no longer required additional fixes. Cutting development time down significantly, it made hand coding cost effective again.

Unfortunately Internet Explorer is still around. So there are still fixes to write for all the new coding innovations it doesn’t know about.

However, the developments of it’s smarter competitors has meant IE has had to tidy up it’s act. The last version, IE9 is a significant improvement on those when it dominated the market.

So now we can focus more on innovations and less on browser repair work.