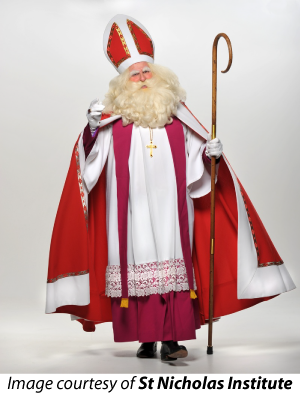 ‘Every artist is a cannibal…every poet is a thief’ declared U2 in ‘The Fly’.

Taking existing ideas, and making them your own, is part of the creative process. That goes for Santa too:

In 4th century, many children worked to support their families. St. Nicholas or ‘Sinterklaas’ in Dutch (pictured here) made secret donations to children, as he believed childhood should be enjoyed. 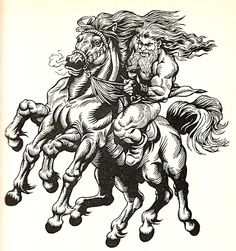 In Norse mythology, the 6th century God Odin led a hunting party with other gods on Yule, riding an 8 legged horse, Sleipnir. The 8 legged horse would later inspire the sleigh pulled by 8 reindeer in the sky.

Christmas stockings by the fire was no doubt inspired by this legend, as Norse children would fill their boots with carrots and hay by the fireplace.

This was for Sleipnir to eat on the journey. In return, Odin left treats and small presents in the boots, for the children to find the next morning.

Legends combine in US

In the 18th century, US Americanised Sinterklass to Santa Claus. Then in 1823, US poet Clement Clarke Moore first combined both legends in the poem, ‘Twas a night before Christmas’.