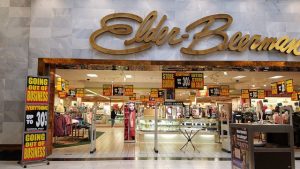 Since the start of the 21st century, news sites have been filled with stories about how the internet has killed the high street. To misquote Mark Twain, the High Street’s death’s been greatly exaggerated.

The Ever Changing High Street

With the majority of daily cash payments being done on-line or via card readers, customers visit banks less often. So, retail banks are smaller and less local, mostly there for meeting rooms to discuss loans or mortgages.

Products requiring no physical inspection, prior to purchase such as software, books and music have gone. However, sales of goods and services haven’t stopped!

Every Void Gets Filled

Reading articles published on the subject, some assumed by 2010 the UK High Street would be full of show rooms, to view what you will then purchase on-line.

It’s more likely that products that are more awkward, or impossible to buy on-line, will take their place. We are already seeing an increase in outlets such as hairdressers and dog grooming on the high street as well as more restaurants.

There is another category. What about items you want to inspect, or even try on, before buying?

Try before you Buy

Click and Collect (referred to in 1990’s as Click and Mortar) has seen great success recently. Mintel investigated UK online sales of clothing and footwear and found it had grown by 14.5% in 2014, to a record £10bn sales.

17% sales in clothing retail is online

As the market matures, it is projected that online sales will peak at £19bn by 2019.

Female shoppers are more likely to click and shop (73%) than men. When this survey was carried out in 2014, just 13% of online purchases were via a tablet or smartphone.

However, a study in 2016 by beta news showed the preferred method of shopping is via a smartphone. When investing online, you also need to factor in the cost of returns. Over a third (34%) of consumers want to return goods to an actual store and currently almost 50% of clothing is returned!

Rather than looking at either shopping in-store or on-line, the future for these products is in doing both.

As senior Fashion Analyst, Tamara Sender states, the use of smartphones as part of the in-store experience, means clothing “retailers have to ensure that shopping is truly seamless”.