What Did New Labour Do For Us? 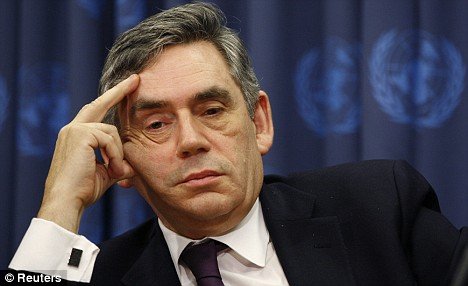 When will there be a time when we can pick out the achievements of the last Labour Government ?

This list was removed from the Labour Party’s website after Gordon Brown created the credit-crunch when, in his spare time, when he sold sub-prime mortgages to people on welfare in US’s Mid-West… apparently. 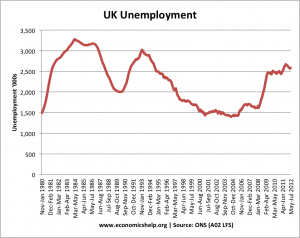 People are lazy and quite happy to live their life in total ignorance. On saying that, they are good at reciting stuff, if it’s repeated often enough. It does not matter whether its true or not as long as it’s easy to remember.

Thatcher’s era gets symbolised with Champagne Wine Bars and massive mobile phones. I have lost count of the number of times I have seen that same clip of the guy in the wine bar tugging at the notes in his top pocket.

From someone who was Actually There

In 1986, I was working at a record shop on £50 per week being told I was lucky to have a job because there was over 3 million unemployed.

I know. Fantastic eh. So need to go back to the previous Labour Government for a lower figure. For an insight into the recorded unemployment figures, click on the graph to view the figures, from the Office of National Statistics.